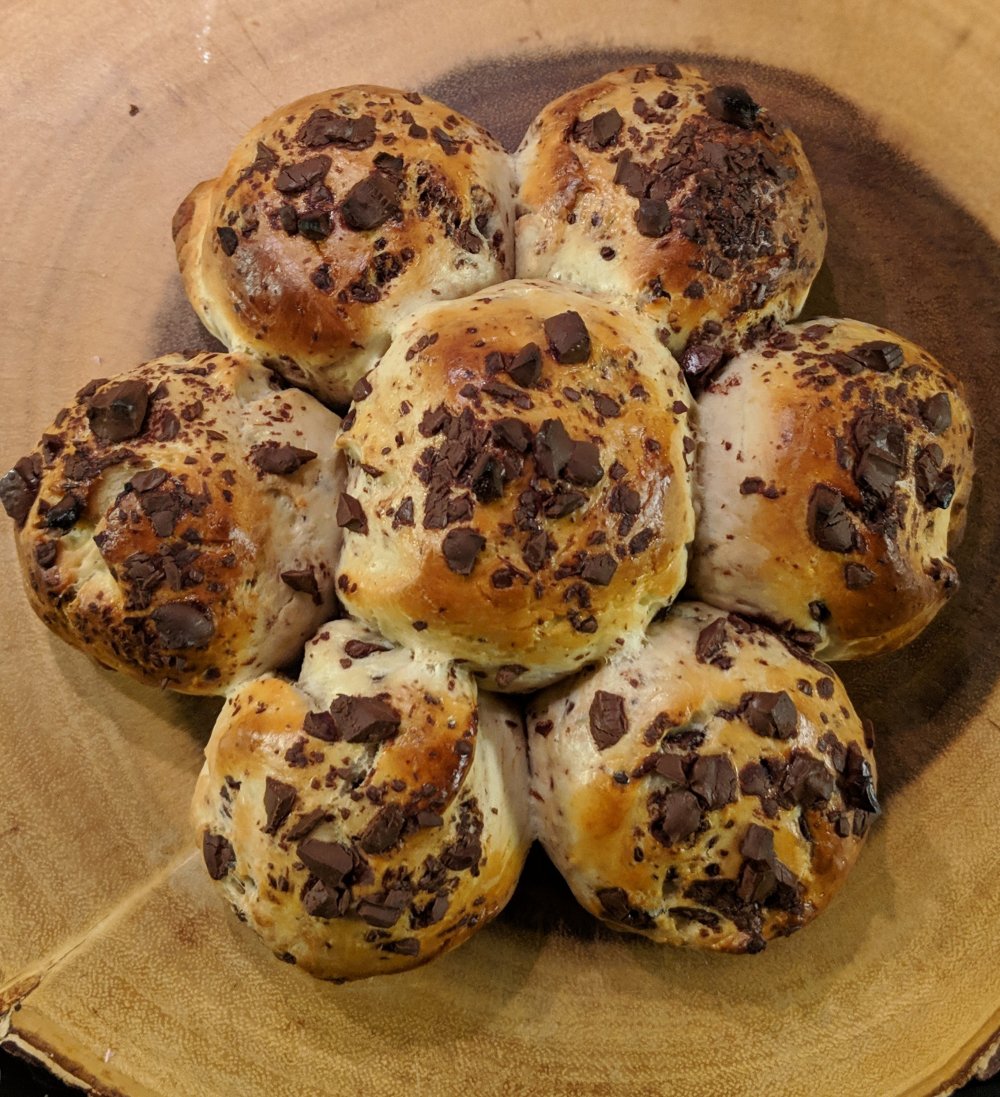 The Dreikönigskuchen is a festive, sweet yeast cake pastry baked in a number of European countries on Epiphany Day or, in German, Dreikönigstag (January 6th). In Switzerland, the cake is traditionally served in form of balls, where eight or six pieces of dough are arranged in a ring around a central piece. The clue is that in one of the cake pieces there is a small King figurine hidden (or an almond or anything that distinguishes the piece from all the others, really) and that the one who chooses the cake with the figurine will be treated like royalty for the rest of the day – or at least they get a crown. It’s a fun tradition growing up.

For today’s version I adapted the traditional recipe, switched out the raisins with chocolate chips and used a smaller amount of the dough, so that the result is somewhat of a mini version of the King’s Cake that will be more suitable for our two person household. Also, instead of a King figurine, I put a little chunk of Ruby Chocolate, the fourth variety of chocolate, fruity and nutty in its taste and recognisable mostly because of its naturally pink colour, into one of the balls. As a new type of chocolate, next to dark, milk and white chocolate, Ruby chocolate was introduced only recently, in 2017, by the Barry Callebaut,chocolate manufacturer group with headquarters right here in Zurich.

And here we go:

Preparation:
Mix flour, sugar and salt. Combine the yeast with the warm (not hot!) milk and let it rest for a minute.
Add milk and butter to the dry ingredients and knead thouroughly for a couple of minutes until an even dough forms that has enough air inside. An easy trick is to cut open the dough, there should be airbubbles visible.
Let the dough rest for ca. 1 hour, it should at least double in size.
Add 4/5 of the chocolate pieces to the dough, knead until evenly distributed, let the dough rest for another 30 minutes.
With 1/4 of the dough form the center piece. Cut the rest of the dough into 6 pieces, insert your figurine, almond or – in my case – piece of chocolate into one of the pieces, roll all of them into smaller balls and place them around the center piece.
Brush some the egg and milk mixture onto the cake and decorate with the rest of your chocolate pieces.

Let it cool a bit and enjoy – and don’t forget: All hail the ruby royalty – which today hopefully will be me. 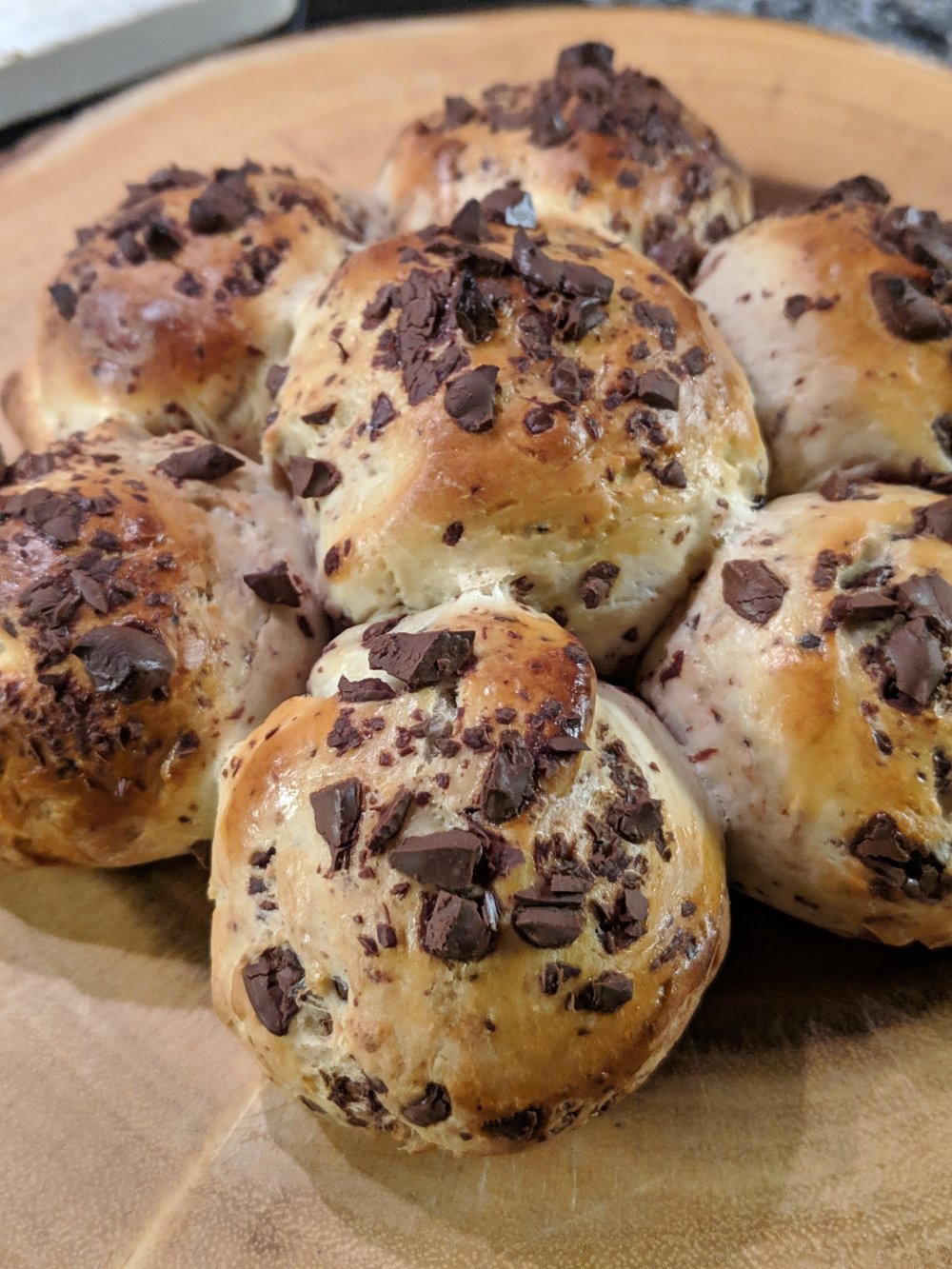